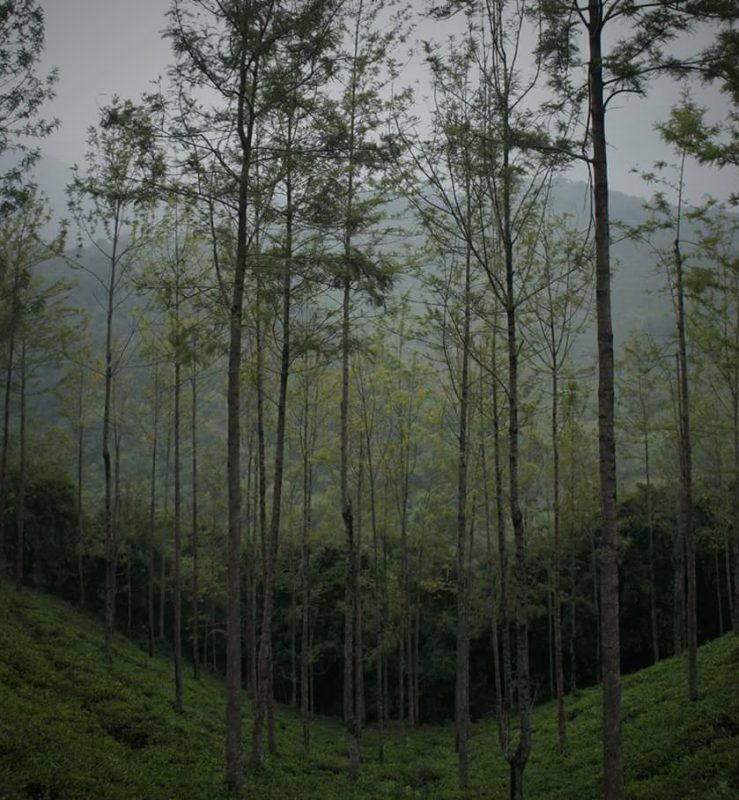 High in the hills of the Nilgiri Moutains sits the town of Ooty. Its history as an important hill station for the wealthy British gave it the catchy monicker ‘Snooty Ooty’ and probably goes some way to explain the abundance of tea plantations.

I had expected Ooty to be more surreal than it actually is. I envisioned grand colonial buildings. I half expected hotels with staff in traditional clothing serving gin and tonics or pouring tea. I heard about the world heritage Toy Train. I expected greenery and a boating lake. The reality is that Ooty is quite a grubby town with noise to rival Delhi. There is, however, a boating lake and the Toy Train is active.

The real beauty of Ooty lies in its surroundings. The Nilgiri Mountains are spectacular. Vast forests of tall trees hide waterfalls and gushing rivers. Ornate tea plants line the hillsides, sheltered by silver oak trees. Monkeys sit on the roadside, waiting for scraps of waste from the humans. In those hills live some of India’s greatest animals.

We trekked through the forest with a guide who grew up in the area. He knew the labyrinth of trees like the back of his hand. We followed deer tracks to a river and saw fresh bear droppings as we scrambled up some kind of path. Something growled as we walked past. I thought it best not to tell Abby that a tiger had killed three people in a tribal village only a year ago.

At the end of our trek we stopped in the village our guide descended from. Tourists rarely came there. It was a honour to witness this place. Everything in this village was evidence of a simple life. The boys were playing cricket under a 600 year old tree while the girls giggled and asked for their picture to be taken. Sacks of freshly picked tea lives lined the walls of houses with unusually small but colourful doors. Even their religion is simpler than the rest of India – they worship their parents.

The journey up to Ooty takes some time and at first, when the city comes at you with its confusion and sinister looking bars, a fleeting feeling of regret may surface. But the nature is stunning. The Nilgiri Mountains were a fine way to end this visit to India.