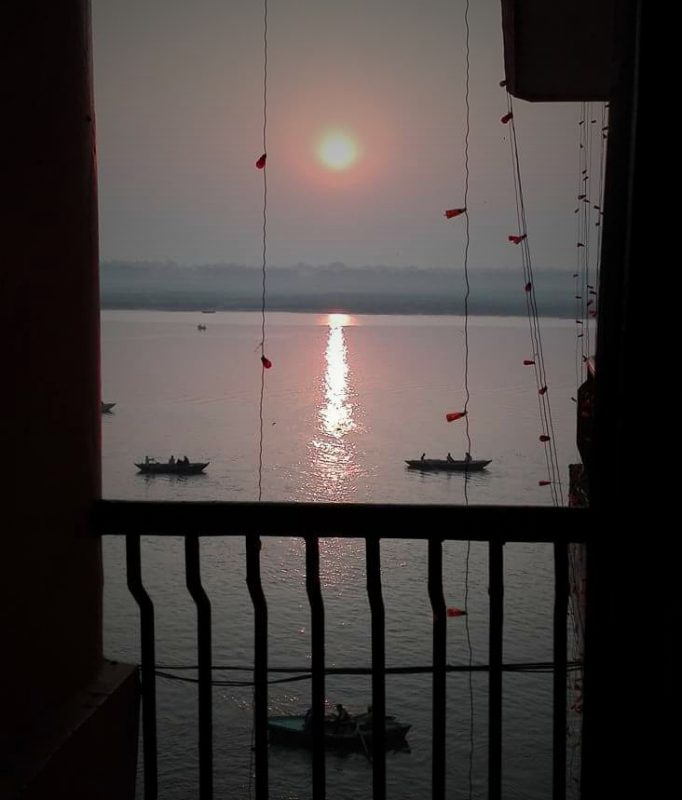 Of all the places that I have seen in India, Varanasi is the one that remains the biggest mystery. It is a celebration of death. It is populated with a world of characters, some good, some sinister and some that have to be seen to be believed. The whole city, from the busy upper roads, to dark lanes, right up to the ghats, focuses on one mighty river. Varanasi is the closest place to Necropolis you can get.

Varanasi is sacred in the hindu world because it sits on the Ganges. This body of water is worshipped. Every morning pilgrims bathe in it. Throughout the day women wash their clothes and hair in it. Kids somersault into it. Bodies are burned into it – it’s the fastest way to achieve moksha. The city’s raw sewage pumps into it. The waters are essentially toxic, but still there is a majesty to the river.

My first visit to Varanasi was one that inspired me to focus on Nechronicles. It was one of the most intense experiences of my life. I was duped by the ‘rickshaw mafia’ and ended up staying in a place that was a lick of paint away from being a prison. I saw the burning ghats and was followed by a man who was really keen to read my future. The overpowering smell of milk and sewage fused with the hot, hot air. I needed to leave the city, but I knew that I would return.

Dawn of the Dead

And so, six years later, a bit wiser, married and with a stronger idea of Nechronicles I came back. I did warn Abby, but still there is no way to tell what Varanasi will hold for you. Especially on Diwali.

On arrival, we were passed from an AC car to a cycle rickshaw. With our bums on a plank of wood, all of our limbs were holding onto our bags and a box of doughnuts. While it wasn’t comfortable for us, our thoughts were with the poor fella who had to cycle us for half an hour.

He battled the normal Varanasi traffic. He endured the vast swathes of tourists, both Indian and more, who were in the holy city for the festival of lights. He swerved past cows and escaped explosions as fireworks were let off whenever and wherever revellers felt necessary. Needless to say, we gave the guy a doughnut. That look of appreciation and exhaustion as the sugar comforted him will stay with us for quite some time.

After a night of reckless celebration – more like a war zone in Disneyland than the displays we’re used to at home – the sunrise in Varanasi was truly a sight to behold. The river was calm and the heat came as soon as the crimson ball crept into the sky. And still the ghats burned. All day and all night bodies are cremated. It is a surreal experience to be a spectator at something like this. Surely a funeral should be a private event, but all are encouraged to observe, just no photos allowed.

While we watched one body burn – the heat could be felt meters away – and another pyre set alight that same intensity that I felt hit Abby. It’s the curious sadness that is brought by the smoke of burning wood and flesh. It’s the uncertainty of who is around, watching.

Varanasi is not an easy place to be a part of. Tourists have gone missing, and I waited until we were seated comfortably in Goa before I mentioned anything about Aghori Sadhus. But it did explain who that skinny guy, with a long white necklace sat near one of the burning ghats and give us a funny look.

Varanasi, Necropolis in the overworld, doesn’t only need to be seen, but smelt and felt to be believed.