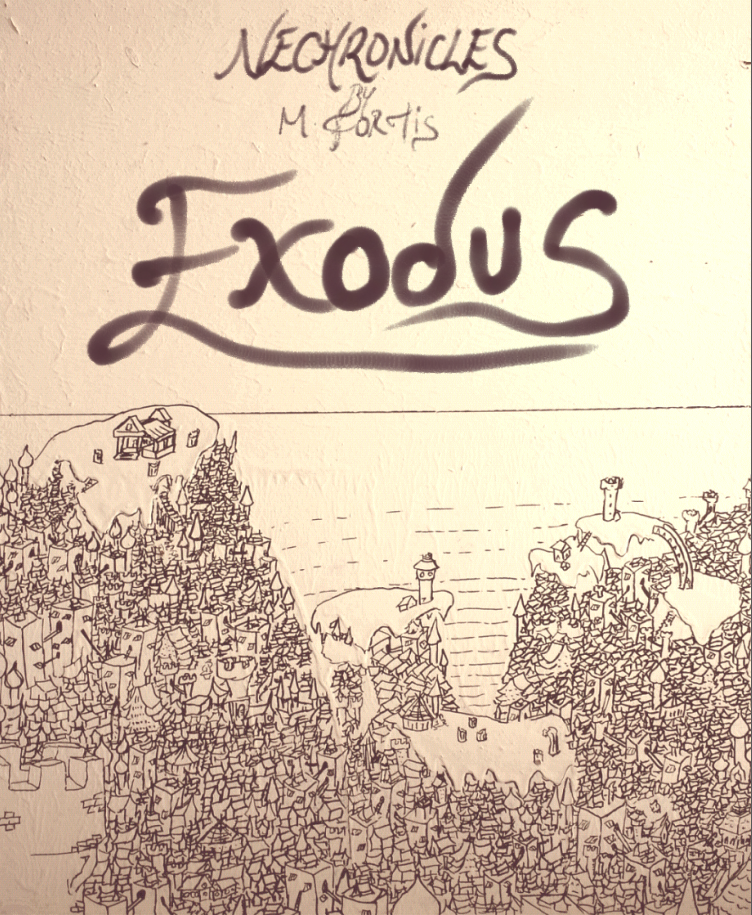 Part of the Nechronicles series:

Edwin Tinker's afterlife may be catching up with him. For centuries he has gone largely unnoticed in Necropolis, but now Dimonis has returned, and this new Chief wants Edwin out; Out of Necropolis, out of Hades and out of existence. Fortunately for Edwin, he has a few friends on his side. He just hasn't met them yet.

Eliza Purefoy had no intention of visiting Necropolis, nor had she ever heard of the City by The Styx. Still, learning to live in the Underworld is a necessity when one discovers that they have died. How could she be stuck here?

Edwin Tinker may know the reason. He was one of the first men to question the afterlife and has been stuck in Necropolis for over 300 years. Dimonis, the Chief of the bull-headed Minotillary will stop at nothing until Edwin is under his control. He believes that once Edwin is Judged and sent to the fiery pits of Tartarus normal Judgement can resume. The worlds can continue as the creator intended.

But first, Edwin must buy some candles and there's a few demons that need exterminating and, well, there's too much going on in his afterlife to worry about destinies and all that nonsense.

Myths, monsters and mankind will collide.

Dimonis resented his oracle's riddles. Her truth and honesty rattled his impatience. "If one's soul cannot be Judged or transitioned, pray Deva, is there any way for that soul to find eternal peace?"

Dimonis was amazed that after days of questions and accusations he was getting a positive answer.

"Go on," he encouraged her.

"To the East there is a woman. Her matters are that of eternal forgetfulness and rebirth. Peace follows death as death follows birth."

Dimonis looked at the girl, "Who is this woman? How can I find her?"

"The events are not clear," she faltered for a moment. "In time I can tell.”

Dimonis stood up and marched to the open balcony. "What use is an oracle that keeps secrets?" he despaired.

Light started to ebb away from the world. Faint orange rays danced over the river to his right as the final remnants of daylight sank away. To his left a steady red light, the Falls of Phlegethon, reflected off the expanse of violet water ahead of them. Dimonis cast his eye down to the city that rolled along the valley to the banks of the river with disgust. He could hear the sound of music and celebration ring up through hushed streets as another night of revelry with the dead began. He slammed his massive palm onto the top of the balcony. A small crack appeared unseen to him on the surface.

"There is a girl," Deva said after much consideration. Dimonis turned to her. "Recently deceased. 17 years of mortal age."

"And what has this got to do with anything?" asked Dimonis."

She will be with Edwin Tinker."

"His fate will be in her hands."

I flew through this book. What an amazing world you will find in Necropolis. A wonderful mix of mythology, weird and wonderful creatures, layers of society and history and intermingling stories. Plus a great concept for what the afterlife might hold for us. A must read, spread the Nechronicles word, I can't wait for the sequels!