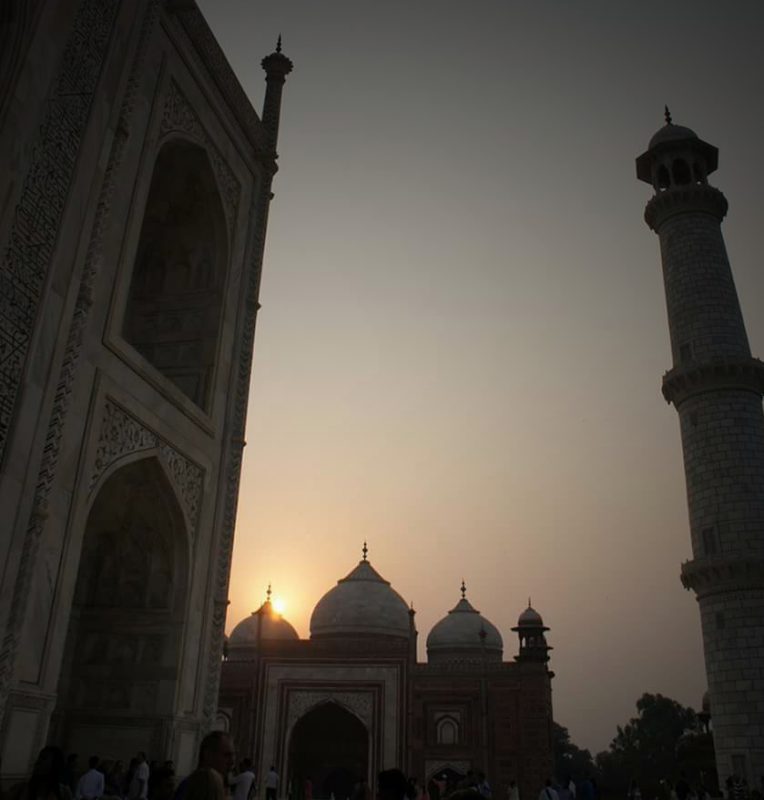 Caught amongst the madness of India is the pearl that is the Taj Mahal. Possibly, one of the most iconic monuments in the whole world, it still sits comfortably in the official 7 Wonders of the World (if you’re as curious to know what the others are, click here). It’s no surprise that Agra, the town it sits in, is dedicated to it. In fact, after a while you do almost feel sorry for Agra Fort and the other sites, which try to pull in the tourists from the massive mausoleum.

Agra itself is a strange little place. I first visited in 2010 and found the city quite charming. The roads weren’t great. There were so many winding roads and corners, crowned with beautifully mogul archways. Intricate steps led up to the side of walls, seemingly to nowhere in particular. It was a town full of rooftop views of the Taj Mahal, slightly obscured by a dense network of overhead cables, with a large population of monkeys.

It would seem, however, that some money has no been pumped into Agra. Gone is the charm that reminded me so much of Aladdin’s hometown. The roads have been paved over. There are now swish LED streetlights. Businesses have been given an identity to follow. The result feels like a hundred gift shops at the base of the world’s greatest museum. And they all want your business.

The Taj Mahal is truly a sight to behold. You can’t walk through that gate and not feel an overwhelming sense of awe the first time you see it. And that feeling grows the closer you get to it.

White marble is constructed to perfection. Red flowers and mogul script detail the vast structure so that even up close – when you touch it – that wonder stays. Colours change as the sun moves across it.

This is equally the greatest and saddest testament of love that has ever been created. 363 years later, the king and his wife are still resting together as thousands of tourists wonder at them in the overworld.

On a final note, it’s worth mentioning that the Taj Mahal is closed on a Friday. I found that out the hard way. Six years later, I’m still grateful for that old rickshaw driver for peddling me around to all the places in Agra I could view the Taj Mahal from afar.