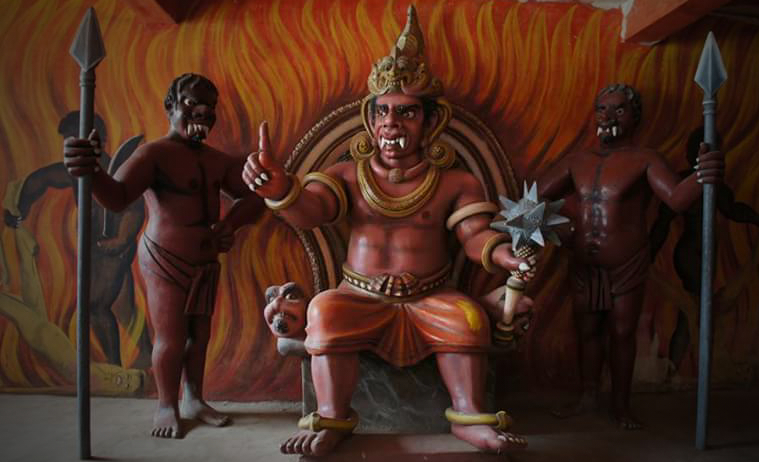 Along the south coast of Sri Lanka, hidden amongst the surf towns and swish resorts is the town of Dikwella. It’s certainly not the kind of place one would choose to stay in during a visit to Sri Lanka. It does have a beach, but the town has more of a local appeal. Shops, supermarkets and a number of temples for all religions are on offer. We paid a visit to this town to see one of these temples.

The temple of Wewurukannala Viharaya (still not sure how to pronounce that) is a popular site for the buddhist community. It is home to a 160ft buddha, the tallest in Sri Lanka and some even say the whole of Asia (I think this website says otherwise). Nonetheless, the statue is a work of art.

The unassuming face of buddha looms over the palm trees and other greenery that line the dusty road to Wewurukannala Viharaya. Up close the detail is made up of thousands of tiny tiles, like a mosaic. Lotus flowers, robes and facial features glisten as each tile does their part to bring this statue to life.

Behind the statue is a tall grey building, reminiscent of a shopping precinct built around the 1980s that has now fallen into disrepair. Inside this concrete block the artwork continues. The stories of buddha are painted on to the walls. They are vibrant and simple, almost like a massive comic book. Each panel details an aspect of a story, which leads to the next, and continues for about seven storeys. Up at the top, we were rewarded with a great view of Dikwella from behind the buddha’s earlobe.

But the main reason we came to this temple was because of its depiction of Buddhist Hell. To reach the buddha one must pass through a separate building that reminds worshipers of the torment that awaits them if they sin.

Life-size statues of demons are in the throes of torture. Two are sawing someone in half lengthways. Another is boiling bits of sinners, with a couple of legs sticks out the pot to drive the point home. Just behind that demon is another one with a sinner bent over in an uncomfortable manner, force feeding him some brown stuff. It’s all pretty horrific, and that’s not to mention the humans who are impaled on the thorns of a tree.

Opposite this exhibition are more detailed humans who are being consumed by the fires of Hell. Behind them are big pictures of their sins. Everything from murder to robbery is mentioned. There’s even a depiction of a demon being punished. It’s nice to know we’re all on the same level.

Dikwella may not be the first place you think of when one mentions Sri Lanka, but it certainly is worth a visit.