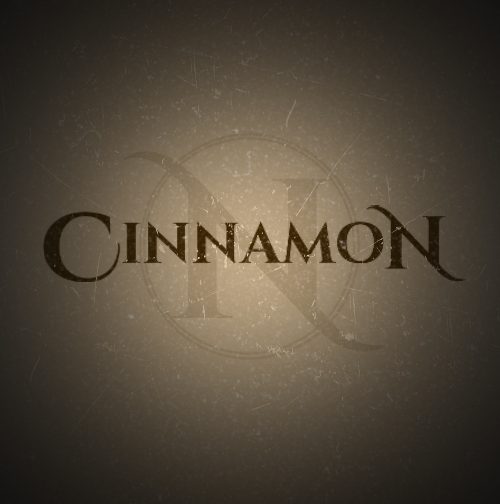 “Exercise caution. Always be aware of who is around you,” Brigid called out to the group of hooded figures who had assembled around her. She stood above them on a walkway that supported the back of the fake houses.

Each robe was black, all faces were hidden. Every set of eyes, hidden by the shadow that the hood created, were set firmly on Brigid as she spoke. She stood on the metal walkway that was built into the back of the fake houses. The old man had done well to round up everyone so quickly.

“I advised you to do this long before we started work,” she continued.

Two stragglers joined the back of the group raising the number above thirty.

“We don’t want to draw attention to ourselves. We don’t want to be seen. If other citizens – normal citizens – find out what we are working on then we will be exposed. There will be no project. No hope. I implore you, lose these robes. It’s making us all look bad.”

A person at the centre of the group raised their hand.

“Yes,” Brigid invited the person to ask their question.

The figure removed their hood. Long silver hair was tied up into a tight bun at the top of her head.

“If I may,” the woman spoke, “we are following your advice. That’s why we invested in these robes.”

“To remain inconspicuous is the key to freedom,” a second figure, who remained hidden beneath their black hood, chipped in, “I believe those were you very words Madam Brigid.”

“Yes,” Brigid agreed, “but to remain inconspicuous one needs to fit in to their environment.”

“What are you trying to say Madam?”

“How many people out there are running around the city in black hooded robes?” Brigid asked. She pointed a finger towards the facade of the house.

Murmurs rippled through the group of mysterious figures.

“I thought I had assembled the greatest minds in Necropolis,” Brigid continued.

“We are the greatest minds in Necropolis,” a man’s voice croaked loudly, “We should really be praised for our intelligence, not chided for it.”

“Who is chiding you?” Brigid asked, “I am concerned for our wellbeing. If word gets out of what we do here on a daily basis, the whole of the underworld would go into a state of panic. None of us want that. We need remain inconspicuous, yes, but in the right way.”

The old man with a croaky voice whipped his hood back and revealed his wrinkled face.

“Madam Brigid,” he said, “by remaining inconspicuous, as you put it, do you really mean you want to keep us all hidden? You want to push us all aside while you take the glory for all of our hard work?”

Brigid stared at the man in silence before she turned and walked down the steps. Tension gripped the group while she found the hooded man who had granted her entry earlier that day. Without a word, Brigid held out a hand. The man nodded with the same school-boy fear that he had felt not long ago. He reached into his sleeve and produced the daily newspaper. He handed it to Brigid. With silent thanks Brigid marched towards the wrinkly old man with a croaky voice.

“It’s glory you want?” she said. Her voice echoed around the group. Air was sucked out of the compound as they all breathed deeply. “Well congratulations,” Brigid continued, not shy from the spectacle. She thrust the paper into the old man’s hands. “You made the front page.”

“You angry,” Papa reminded the boy.

He was alone, the young man knew that no one else was with him amongst that wreckage of a room. Still, Papa’s voice was near. The young man roused himself from the debris that he had created.

The young man no longer felt alone. A figure stepped towards him from a far flung shadow. He blinked hard, like he needed further confirmation that he could now function properly. His sight had returned. He was sure of it. Shapes formed in front of him but they weren’t obscure shapes like before. Reality had returned. Light broke the darkness, and across the room a man in a white jacket came near.

His fear gave way to a hotter emotion. Anger consumed him. The boy needed to know where he was and why he was there. He needed to know who this Papa character was. He went to ask his questions but stumbled over the silence that he produced. He remembered that it was impossible. Papa had told him so.

“Remember,” the figure said in Papa’s deep voice, “don’t talk. Don’t even try to talk. You new to this city. Your voice ain’t ready yet. But it will be heard, believe me. Even if you don’t use it.”

The young man frowned. All he wanted were answers, but Papa spoke in riddles. Riddles were not helpful. The young man’s world had disappeared. His sense of reality was different now. Papa had alluded to him that he had died, but he had only known Papa in this existence. Papa had helped him, or so he believed. Other than the shadows that he had ran across the wastelands with, the young man had seen no other soul. Papa was his only human contact. If, indeed, Papa was human.

There was a timeless quality to the man. His white suit and gold accessories placed him anywhere from an illusion of olden gentry to a seedy back-alley jazz club in New Orleans. His skin was dark, but not like any other human the young man had seen. Perhaps Papa darkened his African tones to make more of an impact of the white skull that was faintly drawn on his face. This was the young man’s reality, but he could be living in nothing more than a dream.

“I can see you confused,” Papa said. “How you feeling? Tired?”

The boy shook his head.

“You will,” Papa smiled and winked. “Perhaps we should burn some energy.” Papa ran on the spot and laughed loudly. “Come,” he said, “I shows you something.”

Papa stepped to the curtain in the room and pulled it from the rail. Heavy cotton dropped and rings rattled as they hit the cold hard floor of the only place in Necropolis the boy had known. Light filled the space. It stung the young man’s eyes. Greys reflected from the sparse wall in front of the hole. It was just enough to illuminate the empty room where the young man and Papa had spent the last few hours, days, moments – there was no way to tell. Papa stepped to the hole in the wall. He kicked the curtain aside as he passed it.

He turned to the young man, with a smile on his face.