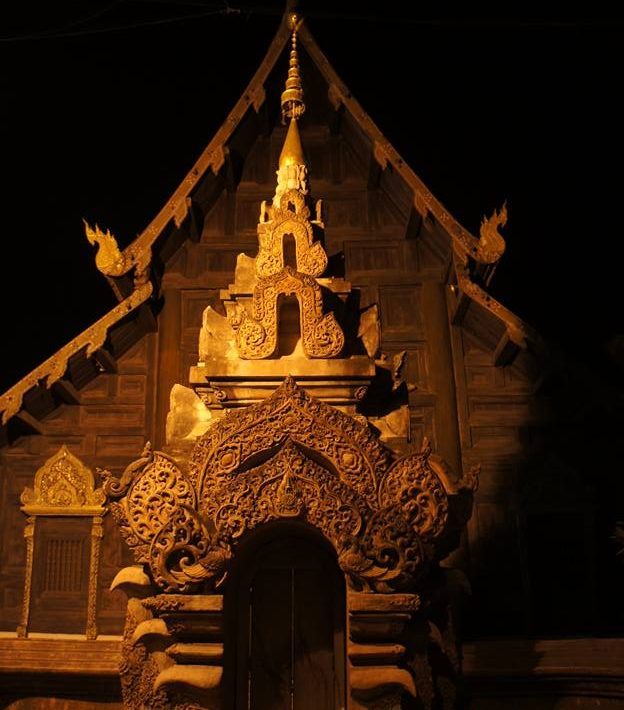 A taxi driver told us that the meaning of the word ‘Chang’ meant elephant. This was after we drove past a statue of an elephant in Chiang Mai. Some confusion also followed when we asked him if that ‘chang’ was the same meaning as the word ‘chiang’.

We eventually grasped that Chiang Mai translates as ‘New Town’, although I’m still not sure what the ‘chiang’ part actually means. Still it was a relevant conversation to have as we drove next to the ancient walls of this new town, which dates back to 1296. And it’s always good to glean some local trivia.

Chiang Mai is situated in the north of Thailand. It is surrounded by jungle and famous for its (sometimes) controversial animal sanctuaries. For me, this was the Thailand I had been looking forward to seeing the most.

The town outside the wall, where we stayed, was nothing spectacular. A new shopping mall had sprung up down the road. There was plenty to do nearby. But it is within the ancient walls where Chaing Mai gets really interesting.

More than once we walked past the wall into the old town and felt a little bit out of our comfort zone. There didn’t seem to be anything going on. Just houses. Very quiet houses. At one point we passed an empty Muay Thai boxing ring and were chased off by a dog wearing some kind of hoody.

But we turned one corner or another and soon old Chiang Mai came into its own. In a town of over 300 religious sites, the old town has the most in a small density. In the heart of the 2km square area there are temples, stupas and statues on every road.

There is a vibrancy within those walls. Chiang Mai is a humble town, with a rich history and a peaceful air. It is also a very tasty town with the most exciting food market I have ever experienced. I don’t think I’ve ever eaten so many different foods, or felt that full, after spending £9. 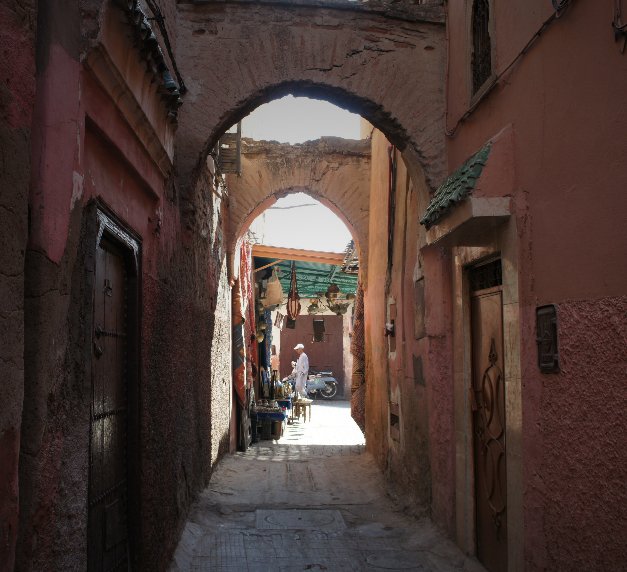 In the middle of a hot wasteland, where distant peaks rise out of the barren landscape, there is a restless city surrounded by ancient walls. While it may sound like the stuff of a fantasy book (which, conveniently enough, you can buy here) this is a real place called Marrakech.

In the heart of the souks senses go into overdrive as bright colours pour through handcrafted lanterns, carpets and clothing. Smells of spices and sweetness mingle with sewage and sweat. Drums are banged around an unknown corner. Motorbikes swerve around you as traders and ‘guides’ call out for your attention. All the while you’re trying to take in the beauty of the architecture and wonder how such an impossible place can only be a three hour flight from the cotton-wool-bubble of England.

We found our way around Marrakech much faster than we thought. After our taxi from the airport tagged out for an old man with a wagon in the heart of who-knows-where. We followed said man through narrow streets where kids bang drums and seem to always be playing with matches to our riad. We wondered how we would ever make sense of this place. From the comfort of our riad (and with a little help from Google) we decided to brave the madness.

As we negotiated our way through the maze of Marrakech, Abby drew a map. We followed our instinct and made more than a few wrong turns. Soon it all became clear. Turn right by the fruit and veg stands, straight on under the tunnel, left by the ceramics, and another right past the place full of shimmery clothes. Straight along that road we should come to the famous Jemaa el Fna. This massive square is full of food, snake charmers and henna women. Chants from the minarets echo above the sound of pipes, hawkers and percussion.

Meanwhile the imagination runs wild. Somewhere, hidden down some unassuming alley must be an ancient person, who remembers Ali Baba on a personal level. Or a tatty old scrap of paper that points to hidden treasures, perhaps even a genie in a lamp. In the heart of the medina, magic never dies.

About an hour away from the madness of the Medina are the Atlas Mountains. Read about our Atlas Adventure here. 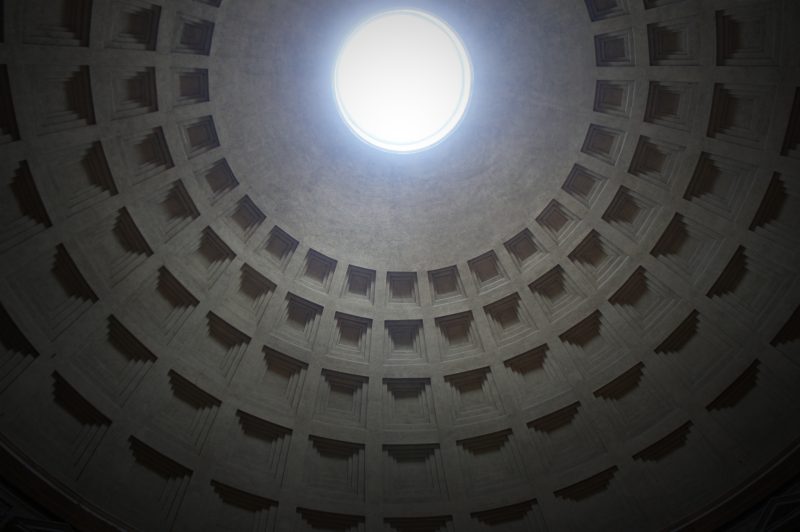 Travel across the Overworld with M. R. Fortis as he journeys across the globe in search of the weird, the wonderful and the world’s take on what hides beneath it.

Here you will find the complete list of posts that intrigue and inspire and have contributed to modern day Necropolis. 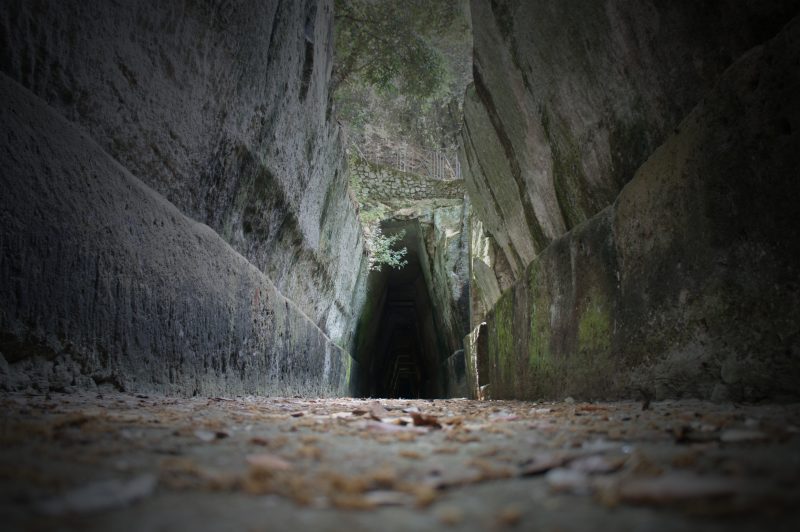 Around the world there are many entrances to the underworld. Most of these relate to ancient myths and local folklore which have since dissolved into nothing more than memories and places where ‘weirdos’ seek out. Fortunately, I am one of those weirdos.

In 2015 Abby and I went on a tour of Italy. After a few days around the Amalfi Coast, we were due to head back up north. On our last night looking at Mount Vesuvious, I knew that there was something more sinister lurking across the Bay of Naples.

On our way to Rome, I convinced Abby that we should swing by Lago d’Averno and the cave of Sibyl. After all, it’s not every day you’re in the same neck of the woods where Aeneas and Odysseus entered the underworld.

We were to cross the Phlegraean Fields, which I could only imagine included exploding geysers and streams of hot lava, and arrive at the fabled lake where birds cannot sing. We’d have a peak into the underworld, maybe high five a minotaur, and be on our way to the cave the housed an oracle for a millennium. The journey was not so easy.

Instead of the fields of Hades we found ourselves driving towards a boot fair. The closest we got to the heat of the underworld were fumes of traffic in a long, stifling tunnel. We caught a glimpse of the lake but were being drawn to the cave instead.

There was a peace at the cave. Not many tourists, not much life. Just a cool breeze and a sense of ancient significance. Trees populated the area. Presumably, they would have been the same ones that the Cumaen Sibyl wrote her prophesies on. If the wind blew them away, they would be lost forever.

The cave itself was cordoned off but it did not detract from the moment. It was a sanctuary from the madness of the seaside resort below. We absorbed the atmosphere and looked deep into the darkness beyond the stone doorway. It was modest, ancient and could easily have opened the way into the abyss.

As we stared a breeze carried dead leaves across the ground. More prophesies were forgotten and we had looked straight into the underworld.